Updated October 20, 2014: Thank you to everyone who came to hear Isaac Pattis speak. For those who missed it, the presentation can be found online at the following link https://ischool.adobeconnect.com/p1vqxen0we0/?launcher=false&fcsContent=true&pbMode=normal

Join us Monday, October 20th, at 1:30pm in Bloedel 070 to hear an insightful presentation from Isaac Pattis.

Isaac, a Taxonomist for REI, will be speaking at the iSchool about his experience transitioning from the MLIS program in 2012 to the eCommerce space and his success redesigning REI site navigation.

The event is FREE and lunch is provided. We will simulcast via https://ischool.adobeconnect.com/asist/ 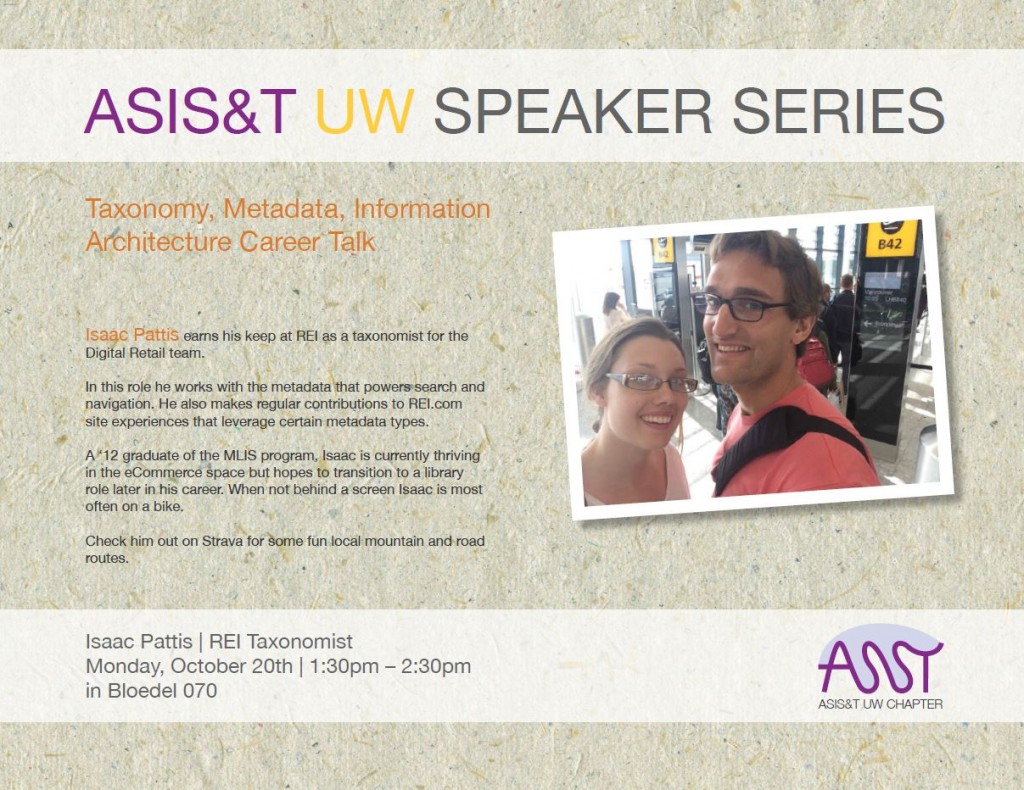 Isaac Pattis earns his keep at REI as a taxonomist for the
Digital Retail team.

In this role he works with the metadata that powers search and
navigation. He also makes regular contributions to REI.com
site experiences that leverage certain metadata types.

A ’12 graduate of the MLIS program, Isaac is currently thriving
in the eCommerce space but hopes to transition to a library
role later in his career. When not behind a screen Isaac is most
often on a bike.

Check him out on Strava for some fun local mountain and road
routes.

ASIS&T UW is a student chapter of the Association of Information Science and Technology at the University of Washington. We are dedicated to connecting UW Information School students with the resources they need to learn about and advance their careers in the field of information science.